During last december, I attended to 24pullrequests.com, a project to engage people to make one pull request per day until Christmas.

After it, I want to know how much a simple gamification over a common task can improve the results. Yes, I always helped some projects with pull requests, issues, code reviews, but during 24pullrequests project, I increased my work in GitHub open source projects.

So, I used data from GitHub to understand the impact of 24pullrequests. My numbers does not match public 24pullrequests numbers, but I did it based in GitHub data and I expect it is correct (check andrew/24pullrequests#236).

I'm sure it is not the best comparison, but I compared these data with november data. In november, all these registered developers opened 1558 pull requests to 837 projects. Each month had around 66% of pull requests merged, almost the same merge rate. 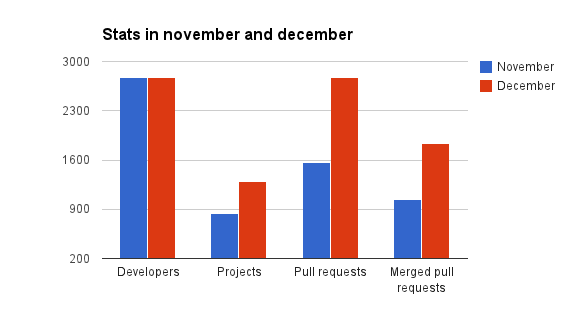 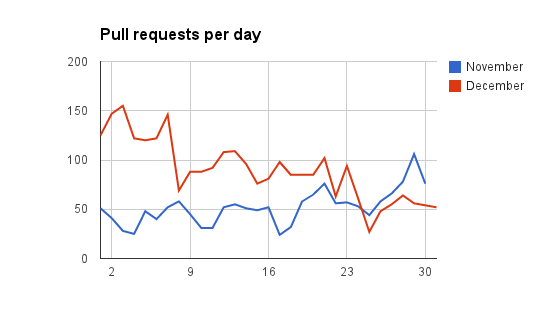 Some projects had a lot of engagement, but the first project was the 24pullrequests, with 88 pull requests. 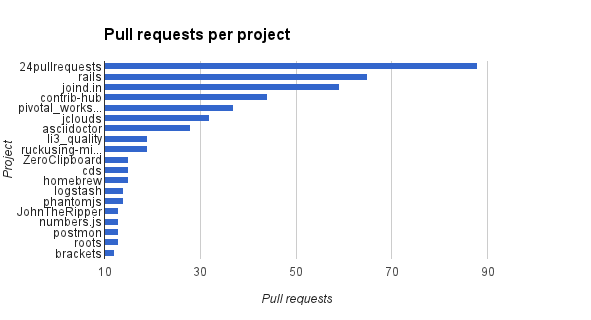 It is dificult to compare these data, they can have a lot of external factors, like holidays, classes and more. I can just say it was an awesome project and I really enjoyed it. Awesome work, Andrew!